Yay! It’s St. Patrick’s Weekend again. (It used to be just the one day, until the marketers, the Irish Tourism Board, and the drinks companies got their hands on it. Now it’s a five-day festival.) So it’s time to celebrate Ireland and the Irish. But please do it right, okay?

John Ford’s The Quiet Man (1952)  has a lot to answer for; and the less said about Darby O’Gill and the Little People (1959) the better. Hollywood has always had a slightly different view on Ireland than the rest of us. I suppose marketing what the country is really like is difficult, and not as profitable for the movie studios. But this is a country that has given the world Liam Neeson, Cillian Murphy, Colin Farrell, Gabriel Byrne, Brenda Fricker, Ruth Negga, and the Cusack family among others.

Wrong on so many levels

(We do, however, offer our humblest apologies for James Joyce and Bono. Although I suppose it’s part payback for EL James and Justin Bieber. Ain’t nobody got time for these!)

Our sports stars regularly attend major events, such as the Olympic Games and soccer tournaments, and while we may sometimes over-achieve (except for Katie Taylor, who is made of pure awesomeness), we’re normally good value for money.

Yes, we do have our celebrated alcohol afficionados: George Best, Brendan Behan, Shane MacGowan to name but three. But overall, our contribution to the world of arts and entertainment should more than surpass whatever stereotype and cliched viewpoint there is of us. And while I agree that my country is awash with alcohol and drugs, and that far too many of our youth are following in the footsteps of their elders – thereby running headfirst into a health crisis – I sense a small level of change in our society. It is my hope that in, say, ten or twenty years time, we will have outgrown our addiction to alcohol and perhaps embraced our cultural heritage rather than our history of oppression.

I suppose every language has that one word that stands out from the crowd. The kind of word that says what it means and means what it says. I don’t think gobshite is Irish (or Gaelic) but it’s as much part of our language as go raibh mile maith agat.

Go on, say it – with feeling. “You are a gobshite!” “What kind of gobshite are you?” “Don’t listen to him, he’s only a gobshite.” “I wouldn’t vote for your man over there, sure he’s only another gobshite politician.”

Let’s hear it for the gobshite, a word as versatile as any I know. 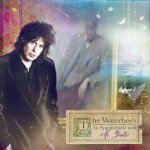 The Waterboys: An Appointment with Mr Yeats

I’m not as well up on poetry as I should be. If I’m to be any sort of writer, I should appreciate all forms, right? Perhaps – but not always. When it comes to poetry, I do know what I like. Ireland is renowned for its poets: the most famous, in my mind at least, is William Butler (WB) Yeats.

When I heard that a favourite musical group of mine, The Waterboys, had recorded an album set to Yeats’ lyrics, I had to have it. So I downloaded it from iTunes and I have to tell you: it’s wonderful.

Ireland is currently in the process of electing its new president. By now we will know who exactly has thrown their hopeful hat into the ring. I’m hoping that Senator David Norris has made the cut, personally. But if there’s one thing that riles me it’s ignorance.

Statements like “we don’t need a president” and “we can’t afford a president” say to me that some people don’t know their constitution from their elbows. Ireland is a republic; republics require presidents. Anything else requires changing our constitution and political identity.

Maybe they want a return to monarchy, I don’t know. Dictatorship maybe?

Nothing brings a community together better than a sporting occasion. And nothing unites a community more uniquely than a victory. In much the same way a country can celebrate a major win in competition (Ireland beating England in this year’s Cricket World Cup springs to mind), Dublin’s All-Ireland success over their arch-rivals Kerry last Sunday has brought a smile to the brow-beaten face of Dubliners.

Whether your a fan of GAA or not (I’m ambivalent most of the time), it’s hard not to get caught up in the euphoria a victory can bring. Already we’re looking forward to next year.

I mentioned to a customer the other night that I was taking a weekend trip to London in a couple of weeks. He liked England, he said, it is steeped in history. Ireland, on the other hand, has no real history to speak of.

I disagreed. Ireland has a fascinating history because of its ties with England. For better or worse, our relationship with our closest neighbour is an essential part of our history.

Can you imagine someone writing an autobiography that didn’t include any relationships or active engagement with another living soul? It would be boring and isolationist. People need people.

Last night a friend and I had the pleasure of listening to three Irish writers read from novels they had written that were inspired by a period of history known as the Great Famine (1845-1852). The setting was the Jeanie Johnston, a Famine Ship that took emigrants from Ireland to America and Canada. It was renowned for never losing any of its passengers on the many journeys it made across the Atlantic.

I was humbled by my experience because 1) I love being in the company of other writers and 2) I still know very little about my country’s history. More on this soon.

What I think About When I Think About Writing.
Create a free website or blog at WordPress.com.