So an entire country rejoices and has the party to end all parties, right? Someone somewhere is playing the soundtrack to The Wizard of Oz and Wicked. After all, no one mourns the wicked.

But once the celebrations wind down, once the dust has been cleared away, once all the bodies have been found and identified, an entire country is faced with an uncertain political future. The Libyans knew what it was they didn’t want. Now they have to work together and find out what it is they do want. It won’t be easy, especially with the world watching.

On This Day…12 September 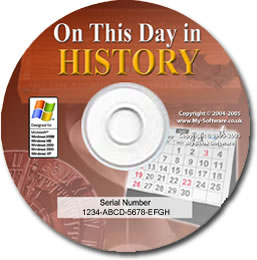 Sunday, Sunday…so good to me! It’s singalongajimbo Sunday, so pick up a song-sheet and let’s warble some tunes. If you can’t sing – like me – miming is cool.

Let’s roll back the years and find out what happened on this day, 12 September, in…

1857 – The SS Central America sinks about 160 miles east of Cape Hatteras, North Carolina, drowning a total of 426 passengers and crew, including Captain William Lewis Herndon. The ship was carrying 13–15 tons of gold from the San Francisco Gold Rush.

1940 – Cave paintings are discovered in Lascaux, France. If you look very carefully, you can see numbers behind the paint. Two is yellow!

1952 – Strange occurrences, including a monster sighting, take place in Flatwoods, West Virginia. Too much moonshine, methinks.

2003 – The United Nations lifts sanctions against Libya after that country agreed to accept responsibility and recompense the families of victims in the 1988 bombing of Pan Am Flight 103. Seven years later, this story still hasn’t gone away

Birthday greetings make their way to:

The composer Hans Zimmer is 53.

The controversial author, and former pet of Oprah Winfrey, James Frey is 41. May his candle be blown into a “million little pieces.”